We all know that it can be quite difficult sometimes (or all the time) to engage boys in learning. One strategy being used at Allerton CE Primary is to use a “Football Manager” blog to encourage boys who are interested in football (and girls) to write and do arithmetic.

I well remember working for 6 months as a student with a young lad called Karl who had left school with no academic qualifications. He was working in a meat processing unit of a frozen food supplier and was supplementing his rather low pay by betting. His ability to calculate the odds and potential winnings was amazing, and he was also pretty good at calculations to do with weighing meat. All he had needed was to see a use for the skills and he acquired them.

Since football is such a huge motivation for young lads it is a great way into engaging them in their learning. Blogging about their team, players that they want and building a fantasy team on a budget in order to get results exposes them to brilliant opportunities to write and do maths.

Have a look at the ACE Football Manager site and see what you think. And if you need help getting into blogging do contact me. 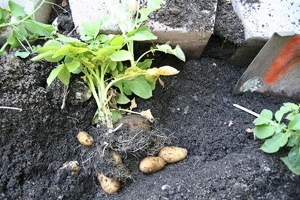 Naace and Mathletics are organising the “Four Nations Maths Challenge 2012” to run on the 13-14 November. This is a free competition which will involve the largest online UK Maths event.

Over the two days schools from England, Northern Ireland, Scotland and Wales will compete to reach the top of the Maths leaderboard. The aim is to find which students and schools will make the most improvement in their maths ability over the two days.

At last it is here. Mathletics can be downloaded and run on the iPad. I will be giving it a good test run tomorrow with some pupils and will let you know how it goes, in the meantime aMathletics mad friend has been testing it out and there are no negatives so far.

The iPad app has a slick new interface with 10 new levels written especially for the iPad with more to come. A Mathletics Teacher app is also available which gives you access to live class data from your iPhone or iPad and allows you to edit lessons. An Android version will be available soon.