The other day I was reminiscing with a young teacher about children’s TV of bygone eras. I was surprised how many of the old programmes were admired by a younger generation. I then remembered Oliver Postgate’s amazing Smallfilms especially Noggin the Nog. There is a lovely tribute to Oliver and his films on the Dragon Friendly Society website.

A year or two ago a friend of mine introduced his KS2 pupils to Noggin and showed them how to do this sort of animation and now that I have been reminded how wonderful the stories are I thought I would share the ideas with you.

There are some good websites for introducing Noggin including the following:

Creating animations like Noggin the Nog used to be very time consuming with the camera technology available at the time. With modern computers, cameras and software it is much easier though it can still take some time. Successful animation in the classroom requires careful planning. Pupils need to tackle something that is achievable in the time available and with the resources at hand. To do a project like Noggin the Nog it may be an idea to get the whole class involved in producing a short storyboard and then splitting the story into short episodes that small groups can work on. Each short episode can then be stitched into the main story.

There are lots of suitable software packages available that can be used to do this sort of stop frame animation including:

These software packages will work with most USB webcams and with some more sophisticated cameras. The most versatile webcams I have come across so far are the Hue webcams which are webcams on a flexible neck; the best range of cameras are the Sanyo Xacti (but their tripod bush is right next to the USB connector – derrr!)

If you would like to discuss animation in schools further, would like training or help with an after school or holiday club involving animation do please contact me.

And of course, you mustn’t forget Ivor the Engine! 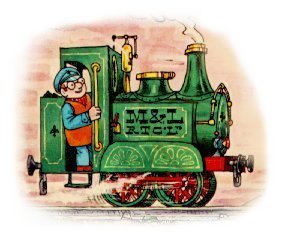